(the first in the trilogy)

In my last post I talked about my latest composition and recording, “Musings on Covid,” and now I want to share with you the beginnings of my recording career. I started to play the guitar at the age of 13 and in my 20’s I took a year of classical guitar lessons so that I could do some finger-style solo playing. From there I was self-taught and eventually, I felt confident enough to do weddings, banquets and art shows. 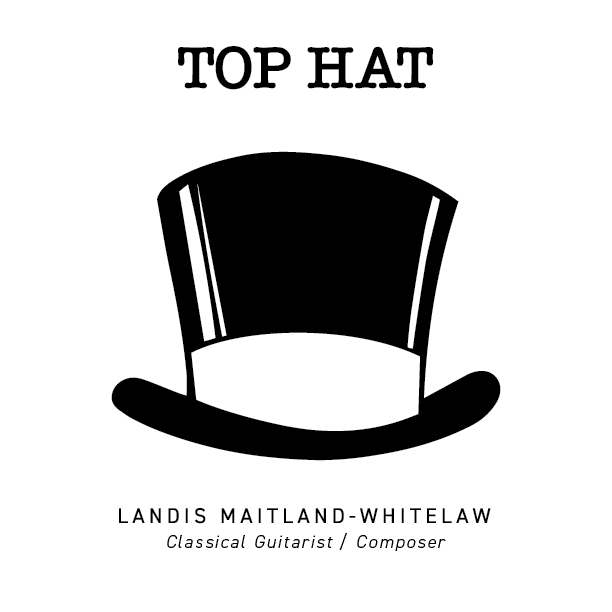 I was interested in recording, so I decided to self-record Top Hat and began training myself in recording techniques. To start, I purchased a little Tascam 4 track tape recorder, a microphone from Radio Shack, and a Dolby compressor/limiter and a reverb unit. This is the equipment that the album was recorded with.

After recording and mixing, I sent it off to a sound studio to be mastered. Top Hat includes the first song I ever wrote, Sunshine. It also includes original compositions, Come to Me and Introduction Theme and Variations on a Lullaby which is a major work I wrote on variations of the lullaby, All Through the Night. The rest of the Top Hat album was taken from a repertoire of classical guitar pieces that I both loved to play and were popular in my live performances. I self-recorded and self-released this album and sold the CD off stage during my performances. Top Hat was re-released untouched to the digital market in 2006. Click here to have a listen.